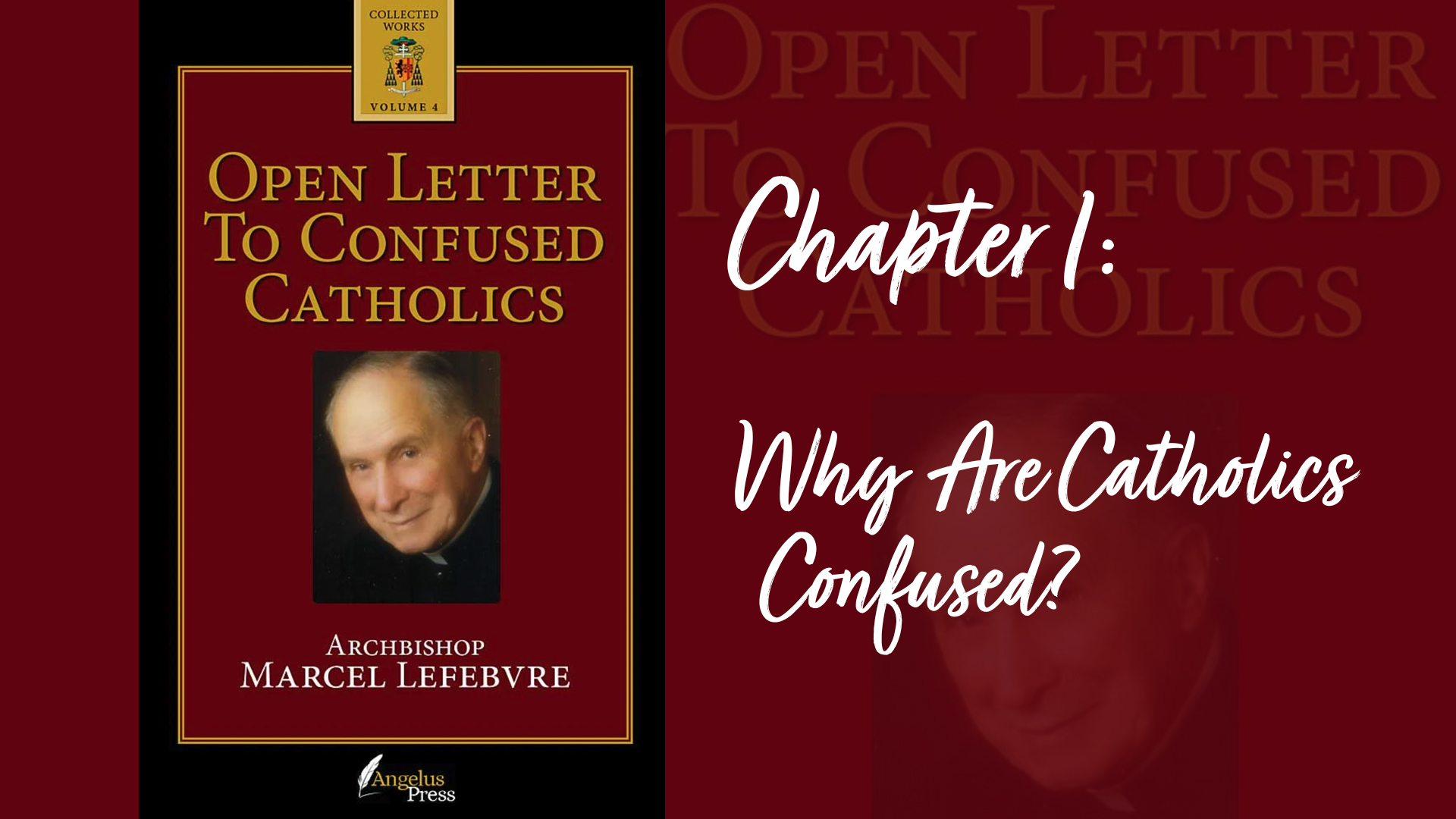 “Why are Catholics Confused? Who can deny that Catholics in the latter part of the twentieth century are confused? A glance at what has happened in the Church over the past twenty years is enough to convince anyone that this is a relatively recent phenomenon. Only a short time ago the path was clearly marked: either one followed it or one did not. One had the Faith—or perhaps had lost it—or had never had it. But he who had it—who had entered the Church through baptism, who had renewed his baptismal promises around the age of twelve and had received the Holy Ghost on the day of his confirmation—such a person knew what he had to believe and what he had to do.”