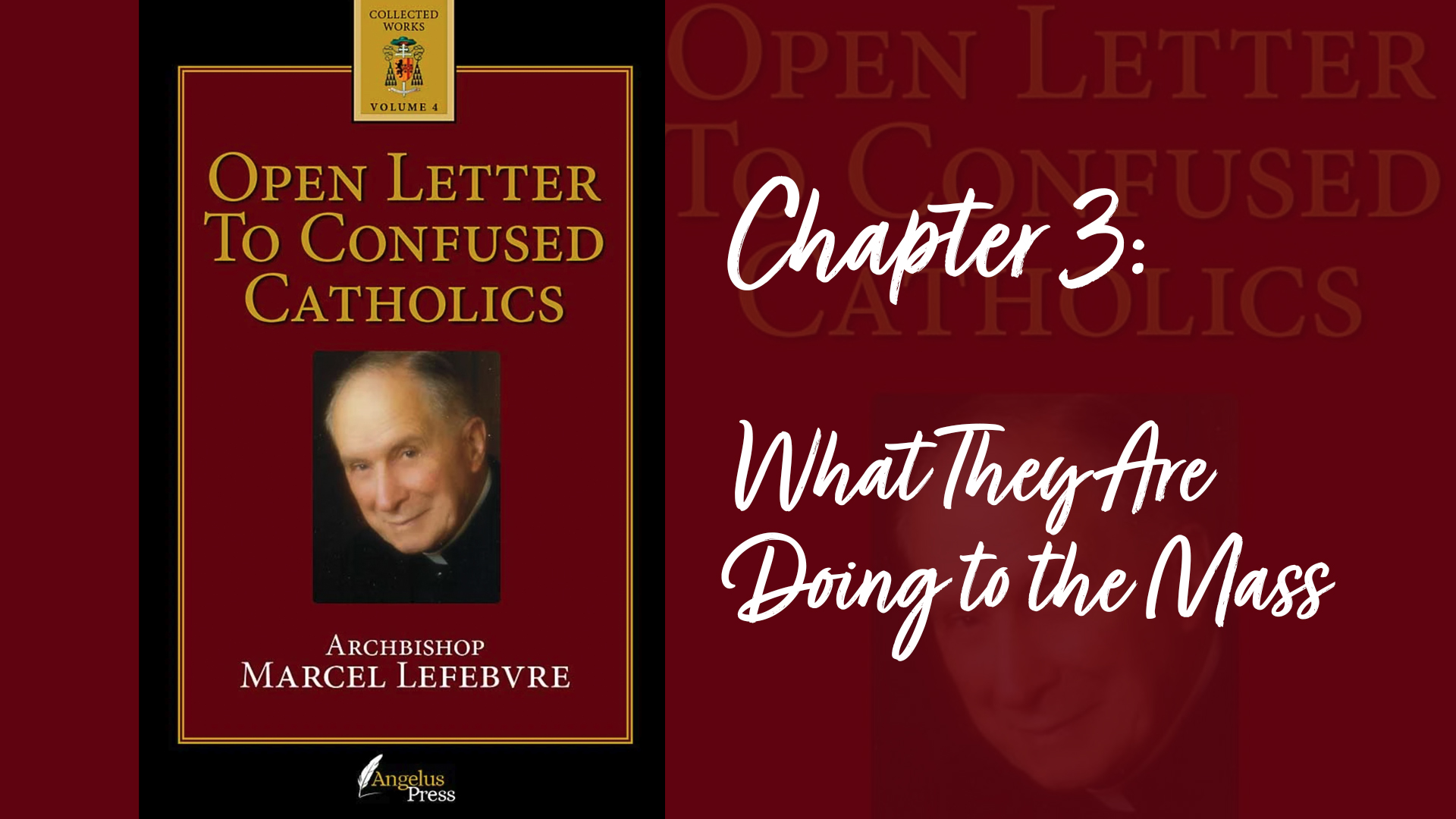 “What They Are Doing to the Mass”

I have before me some photos published in Catholic newspapers representing the Mass as it is now often said. Looking at the first photo I find it difficult to understand at what moment of the Holy Sacrifice it has been taken. Behind an ordinary wooden table, which does not appear very clean and which has no cloth covering it, two persons wearing suits and ties elevate or present, one a chalice, the other a ciborium. The text informs me they are priests, one of them the federal chaplain of Catholic Action. On the same side of the table, close to the first celebrant are two girls wearing trousers, and near the second celebrant two boys in sweaters. A guitar is placed against a stool.
In another photo the scene is the corner of a room which might be the main room of a youth club. The priest is standing, wearing a Taizé-like alb, before a milking-stool which serves as an altar; there is a large earthenware bowl and a small mug of the same sort, together with two lighted candle-ends. Five young people are sitting cross-legged on the floor, one of them strumming a guitar.
The third photo shows an event which occurred a few years ago, the cruise of some ecologists who were seeking to prevent the French atomic experiments on the Isle of Mururoa. Amongst them was a priest who celebrated Mass on the deck of the sailing ship, in the company of two other men. All three were wearing shorts, one is even stripped to the waist. The priest is raising the Host, no doubt for the elevation. He is neither standing nor kneeling, but sitting or rather slumped against the boat’s superstructure….