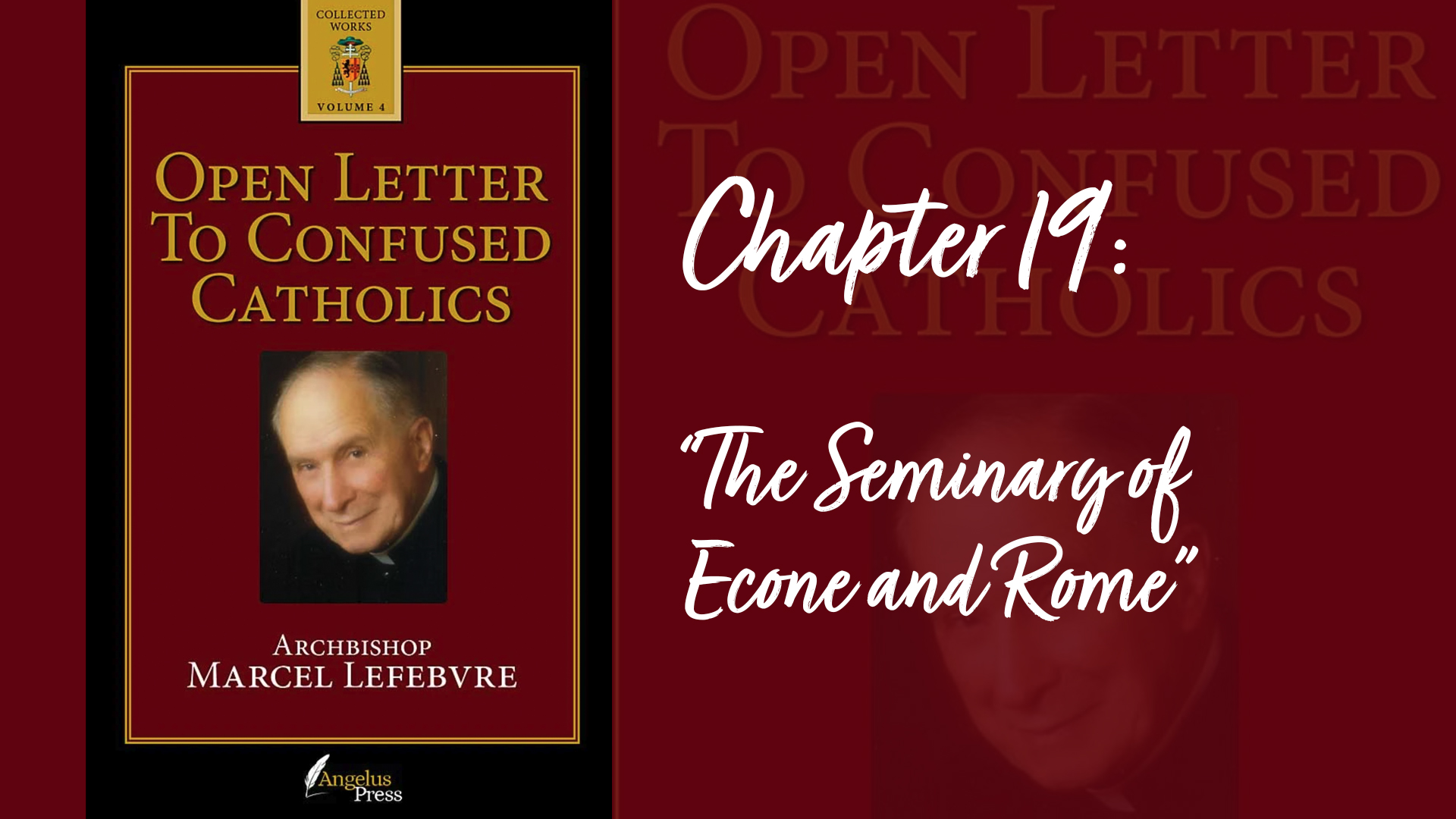 “The Seminary of Econe and Rome”

You are perhaps, perplexed readers, among those who observe the course of events with sadness and anguish but are nevertheless afraid to attend a true Mass, in spite of the desire to do so, because they have been persuaded that this Mass is forbidden. You may be one of those who no longer follow the priests in anoraks but who view with some distrust the priests in cassocks as if they were under some kind of censure; is not the bishop who ordained them suspended a divinis? You are afraid of putting yourself out of the Church; this fear is of praiseworthy origin but it is uninformed. I want to tell you what the position is about these sanctions which have been given such prominence and caused such loud rejoicing among the Freemasons and the Marxists. To understand it properly a little history is needed.
When I was sent to Gabon as a missionary, my bishop immediately appointed me as professor at the Seminary of Libreville, where for six years I formed seminarians, of whom some later received the grace of the episcopate. When I became a bishop in my turn, at Dakar, it seemed to me that my principal concern should be to look for vocations, to form the young men who responded to the call of God and to lead them to the priesthood. I had the joy of conferring the priesthood on one destined to be my successor at Dakar, Msgr. Thiandoum, and on Msgr. Dionne, the present Archbishop of Thiés in Senegal.
Returning to Europe to take up the position of Superior General of the Holy Ghost Fathers, I tried to maintain the essential values of priestly formation. I have to admit that already by then at the beginning of the sixties, the pressure was such and the difficulties so considerable that I could not achieve the results I wanted. I could not keep the French Seminary in Rome, which was placed under the authority of our Congregation, on the same right lines as when we were there ourselves between 1920 and 1930.