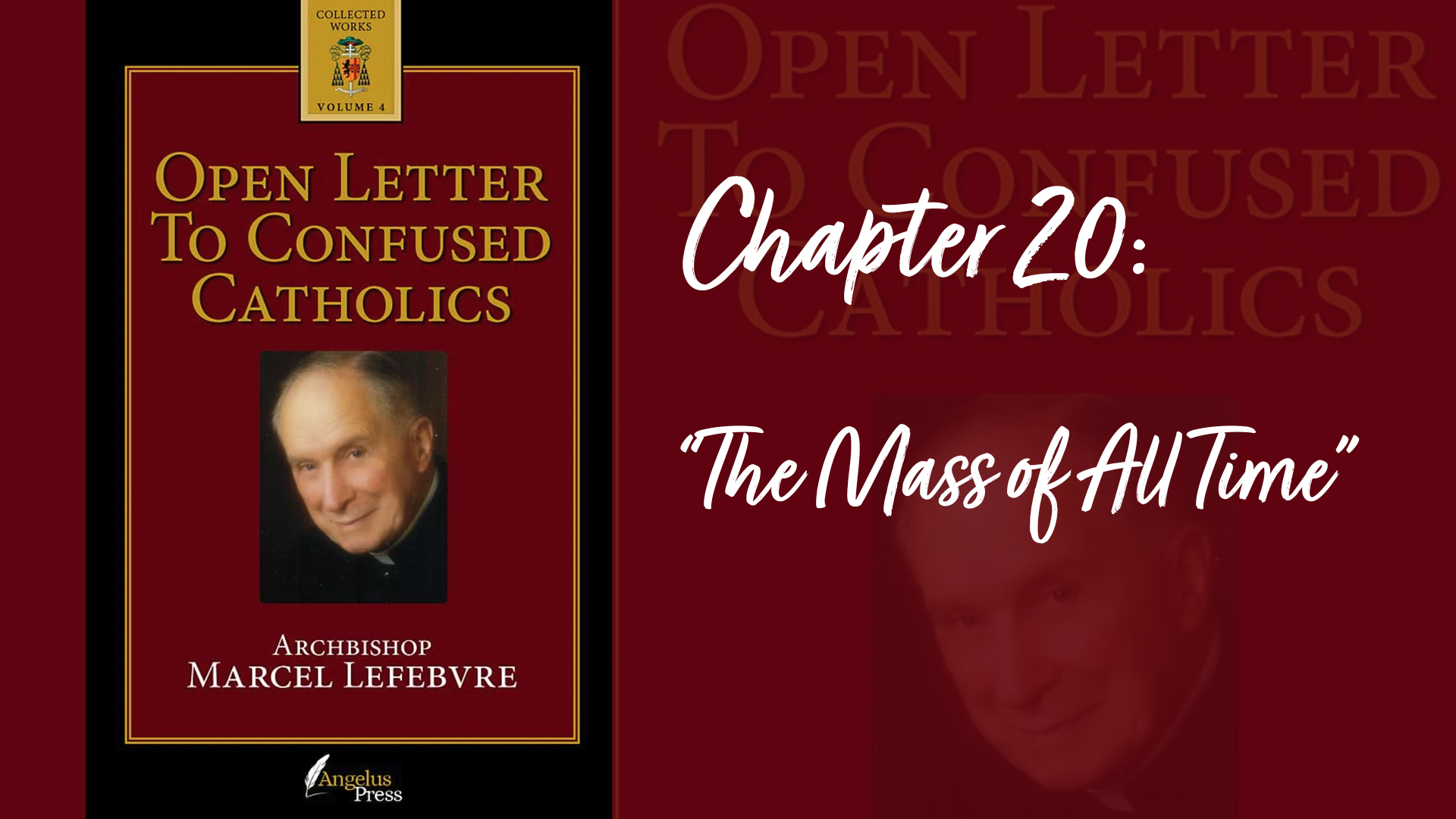 “The Mass of All Time”

One fact cannot have failed to surprise you: at no time during this affair has the Mass been in issue, although it is at the heart of the conflict. This enforced silence is the tacit admission that what is called the Rite of St. Pius V remains fully authorized.
On this subject Catholics can be perfectly easy in their minds: this Mass is not forbidden and cannot be forbidden. St. Pius V who, let us repeat, did not invent it but “re-established the Missal in conformity with the ancient rule and the rites of the Holy Fathers,” gives us every guarantee in the Bull Quo Primum, signed by him on July 14, 1570:

“We have decided and declare that the Superiors, Canons, Chaplains and other priests by whatever title they are known, or Religious of whatsoever Order, may not be obliged to celebrate Mass otherwise than as enjoyed by Us. We likewise order and declare that no-one whosoever shall ever at any time be forced or coerced into altering this Missal: and this present Constitution can never be revoked or modified, but shall for ever remain valid and have the force of law….Should anyone venture to (make such an alteration), let him understand that he will incur the wrath of Almighty God and of the Blessed Apostles Peter and Paul.”

Supposing that the Pope could withdraw this perpetual indult, he would have to do it by an equally solemn act. The Apostolic Constitution Missale Romanum of April 3, 1969, authorizes the so-called Mass of Paul VI, but contains no expressly formulated prohibition of the Tridentine Mass. So much so that Cardinal Ottaviani could say in 1971: “The Tridentine Rite has not been abolished as far as I know.”