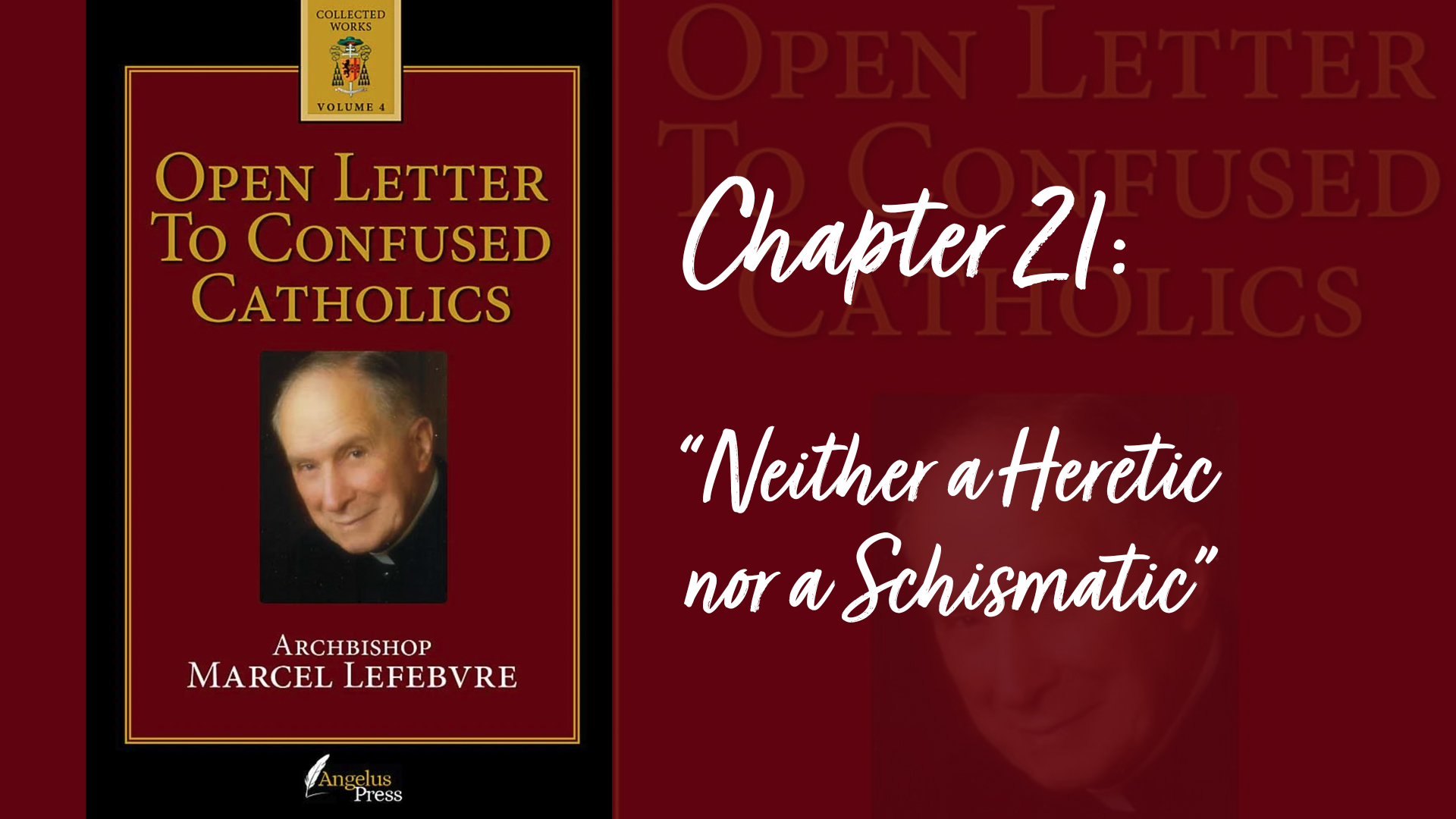 “Neither a Heretic Nor a Schismatic”

My statement of November 21, 1974, which triggered off the proceedings of which I have spoken, ended with these words: “In doing so…we are convinced of remaining loyal to the Catholic and Roman Church and to all the successors of Peter, and of being faithful dispensers of the mysteries of Our Lord Jesus Christ.” When publishing the text, the Osservatore Romano omitted this paragraph. For ten years and more our opponents have been set on casting us out of the Church’s communion by presenting us as not accepting the Pope’s authority. It would be very convenient to turn us into a sect and declare us schismatics. How many times the word schism has been applied to us!
I have not ceased repeating that if anyone separates himself from the Pope, it will not be I. The question comes down to this: the power of the Pope within the Church is supreme, but not absolute and limitless, because it is subordinate to the Divine authority which is expressed in Tradition, Holy Scripture, and the definitions already promulgated by the Church’s magisterium. In fact, the limits of papal power are set by the ends for which it was given to Christ’s Vicar on earth, ends which Pius IX clearly defined in the Constitution Pastor Aeternus of the First Vatican Council. So in saying this I am not expressing a personal theory.
Blind obedience is not Catholic; nobody is exempt from responsibility for having obeyed man rather than God if he accepts orders from a higher authority, even the Pope, when these are contrary to the Will of God as it is known with certainty from Tradition. It is true that one cannot envisage such an eventuality when the papal infallibility is engaged; but this happens only in a limited number of cases. It is an error to think that every word uttered by the Pope is infallible.