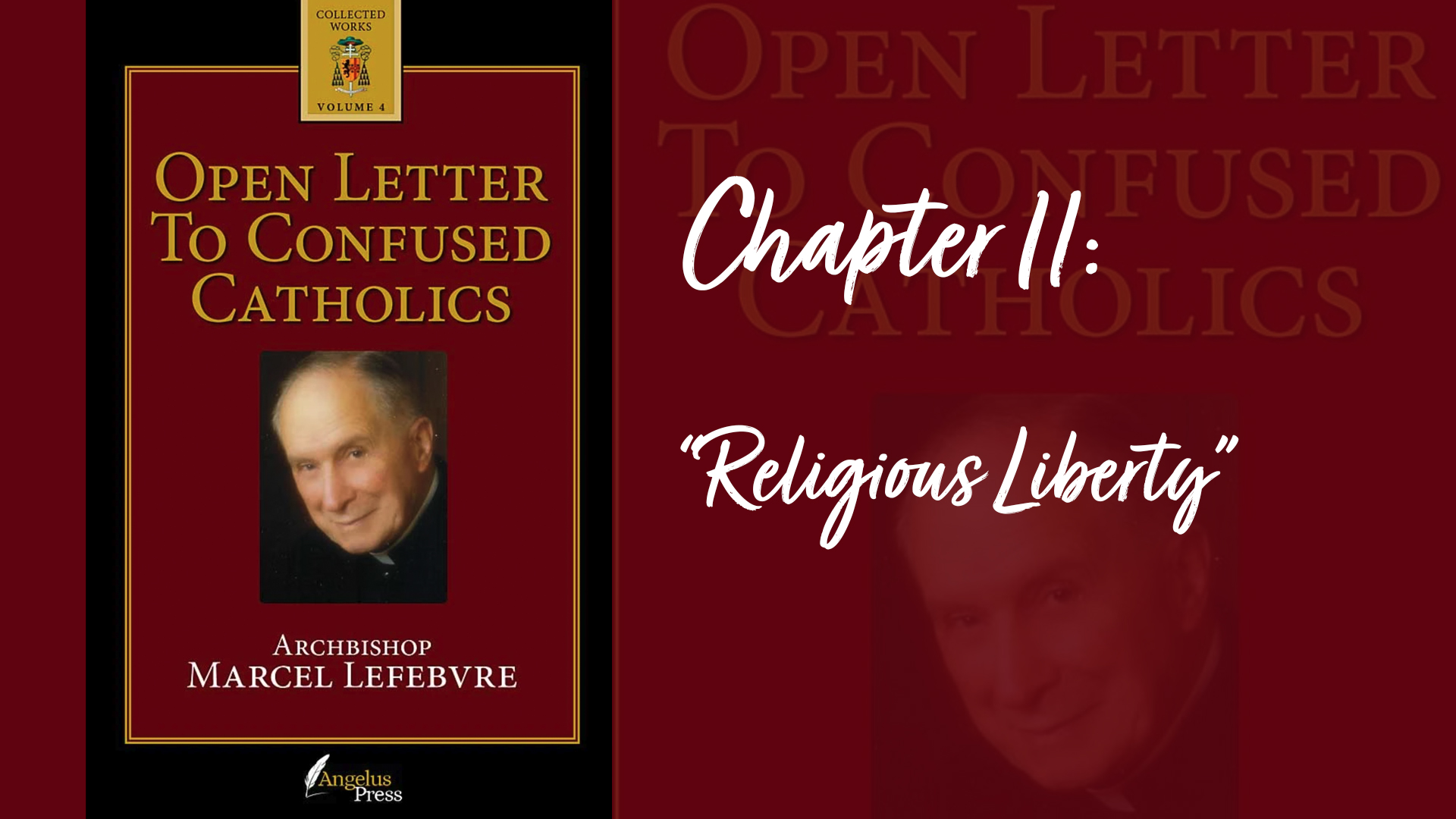 Among all the documents of the Council, it was the schema on religious liberty which led to the most acrimonious discussions. This is easily explained by the influence of the liberals and the interest taken in this matter by the hereditary enemies of the Church. Now, twenty years later, we see that our fears were not exaggerated when the text was promulgated as a declaration comprising all the concepts opposed to tradition and to the teaching of recent Popes. How true it is that all false or ambiguously expressed principles will inevitably reveal their implicit errors. Later in this chapter I shall show how the attacks on Catholic education by the Socialist government in France are the logical consequence of the new definition given to religious liberty by Vatican II.
A little theology will help us toward a proper understanding of the spirit in which this declaration was drawn up. The initial—and, in fact, new—argument was based on the freedom of every man to practice inwardly and outwardly the religion of his choice, on the basis of “the dignity of the human person.” In this view, liberty is based on dignity, which gives it its raison d’être. Man can hold any error whatever in the name of his dignity.
This is putting the cart before the horse. For whoever clings to error loses his dignity and can no longer build upon it. Rather, the foundation of liberty is truth, not dignity. “The truth will make you free,” said Our Lord.