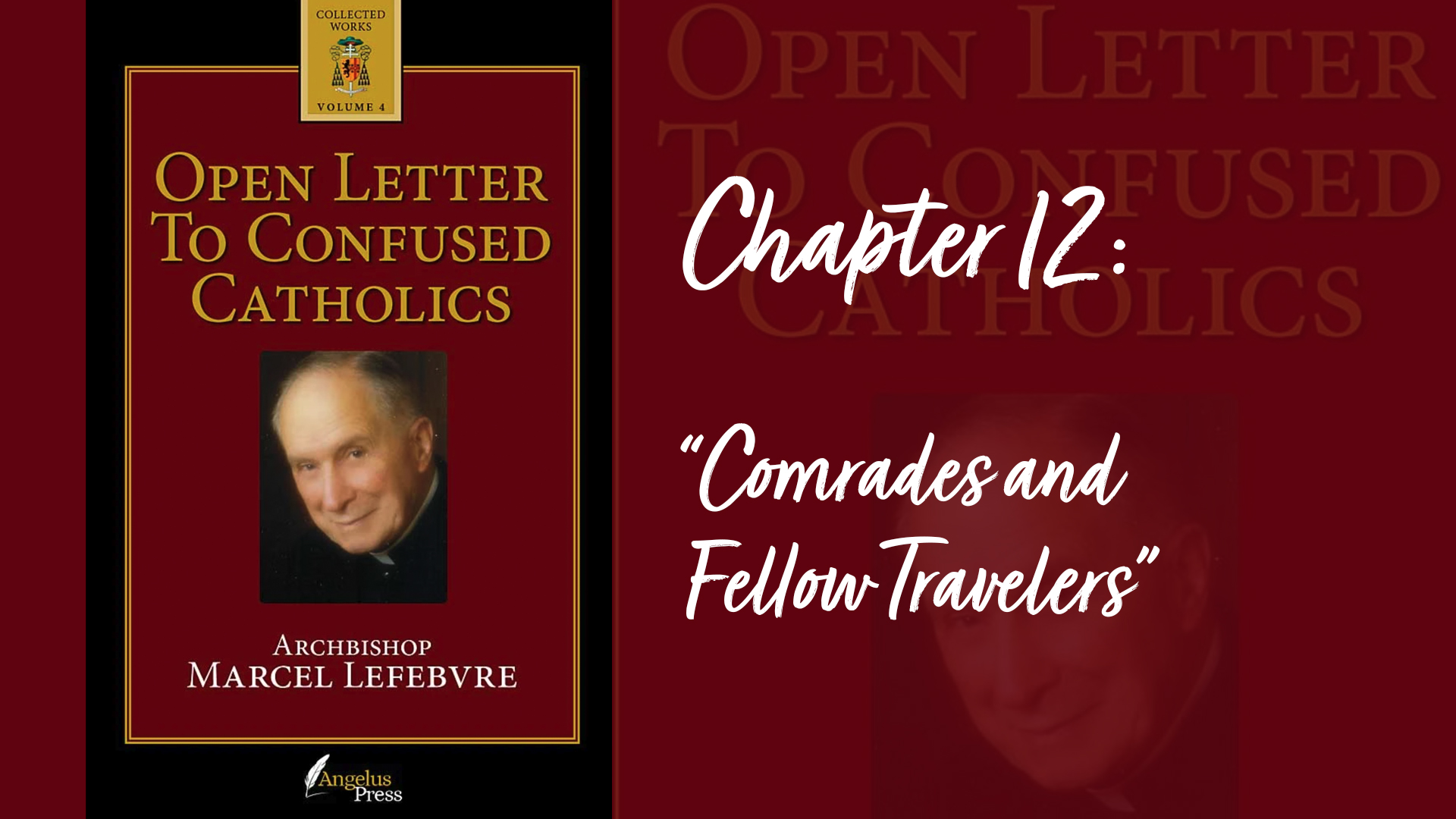 Among all the documents of the Council, it was the schema on religious liberty which led to the most acrimonious Let us take up where we left off. Christian common sense is offended in every way by this new religion. Catholics are exposed to desacralization on all sides; everything has been changed. They are told that all religions bring salvation; the Church welcomes without distinction separated Christians and in fact all believers, whether they bow to Buddha or to Krishna. They are told that clergy and laity are equal members of the “People of God,” so that lay people designated for particular functions take over the clergy’s tasks. We see them conducting funerals and taking Viaticum to the sick, while the clergy take up the functions of the laity—dress like them, work in factories, join trade unions and engage in politics. The new Canon Law supports all this. It confers unheard-of prerogatives on the laity, blurring the distinction between them and priests and creating so-called “rights.” Lay theologians hold chairs of theology in Catholic universities, the faithful take over roles in divine worship which were once reserved to those in clerical orders: they administer some of the sacraments, they distribute Holy Communion and serve as witnesses at weddings.
We also read that the Church of God “subsists” in the Catholic Church—a suspicious formula, because immemorial doctrine has always said that the Church of God is the Catholic Church. If we accept this recent formula, it would seem that Protestant and Orthodox communions form equal parts of the Church—which cannot be, since they have separated themselves from the one Church founded by Jesus Christ: Credo in UNAM sanctam Ecclesiam.