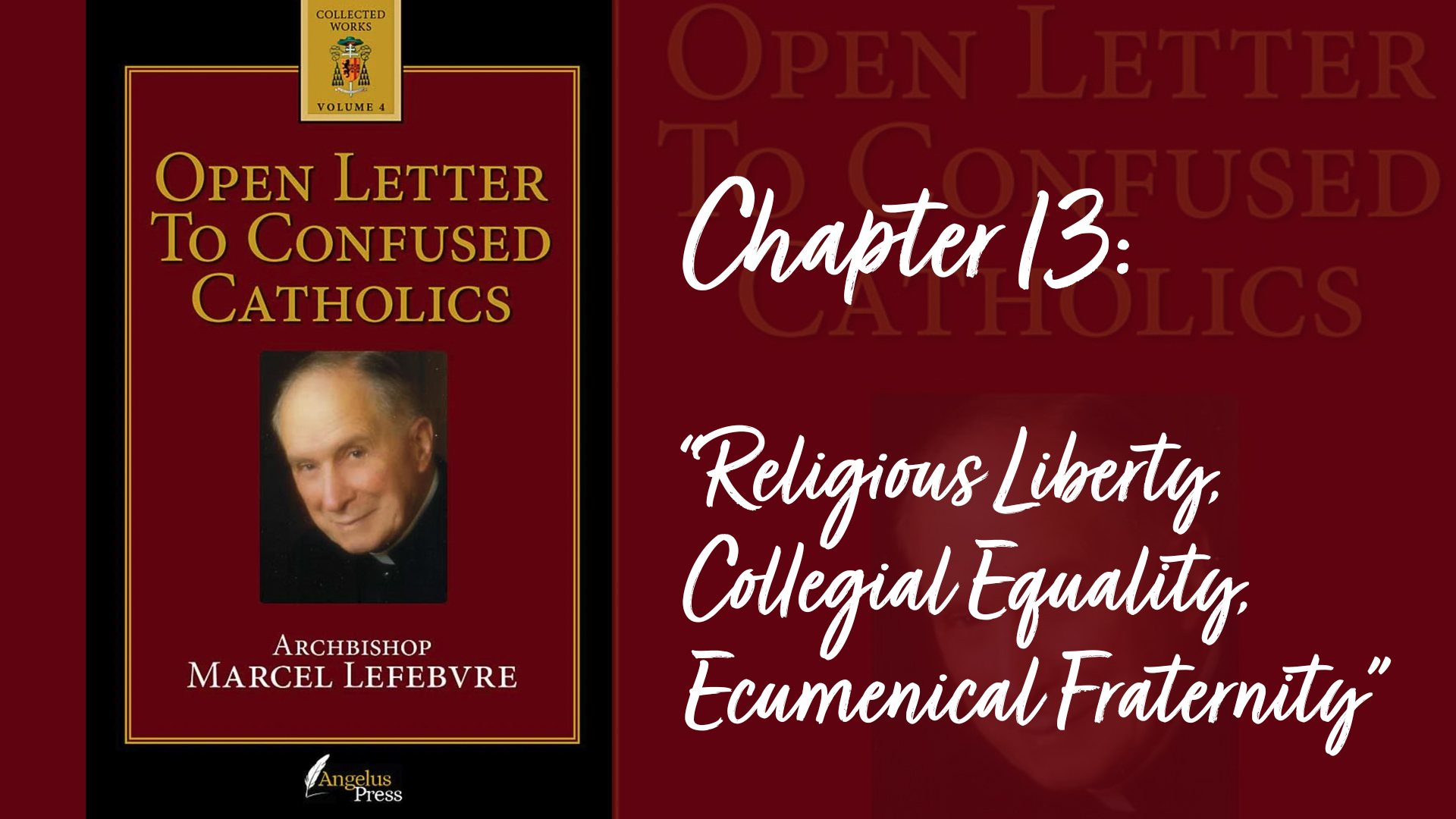 How does it happen that the gates of hell are now causing us so much trouble? The Church has always been disturbed by persecution and heresies, by conflicts with temporal powers, sometimes by immoral conduct of the clergy, sometimes even of Popes. But this time the crisis seems to go much deeper, since it affects the Faith itself. The Modernism we face is not a heresy like the others: it is the main drain of all heresies. Persecution now comes not only from outside but from within the Church. The scandal of dissolute living, or just giving up, has become endemic among the clergy, while the mercenaries who abandon the sheep to the wolves are encouraged and honored. I am sometimes accused of painting too black a picture of the situation, of viewing it too disapprovingly, of taking pleasure at being disgruntled over changes which are perfectly logical and necessary. Yet the same Pope who was the heart and soul of Vatican II commented several times on the decomposition on which I have commented so sadly. On December 7, 1969, Paul VI said, “The Church finds herself in a period of anxiety, of self-criticism, one could say of self-destruction. It is like an internal upheaval, serious and complex—as if the Church were flagellating herself.”
The following year he added, “In many areas the Council has not so far given us peace but rather stirred up troubles and problems that in no way serve to strengthen the Kingdom of God within the Church or within souls.” Then, going on to raise a cry of alarm, on June 29, 1972 (Feast of SS. Peter and Paul), “The smoke of Satan has entered by some crack into the temple of God; doubt, uncertainty, problems, restlessness, dissatisfaction and confrontation have come to the surface…doubt has entered our consciences.”