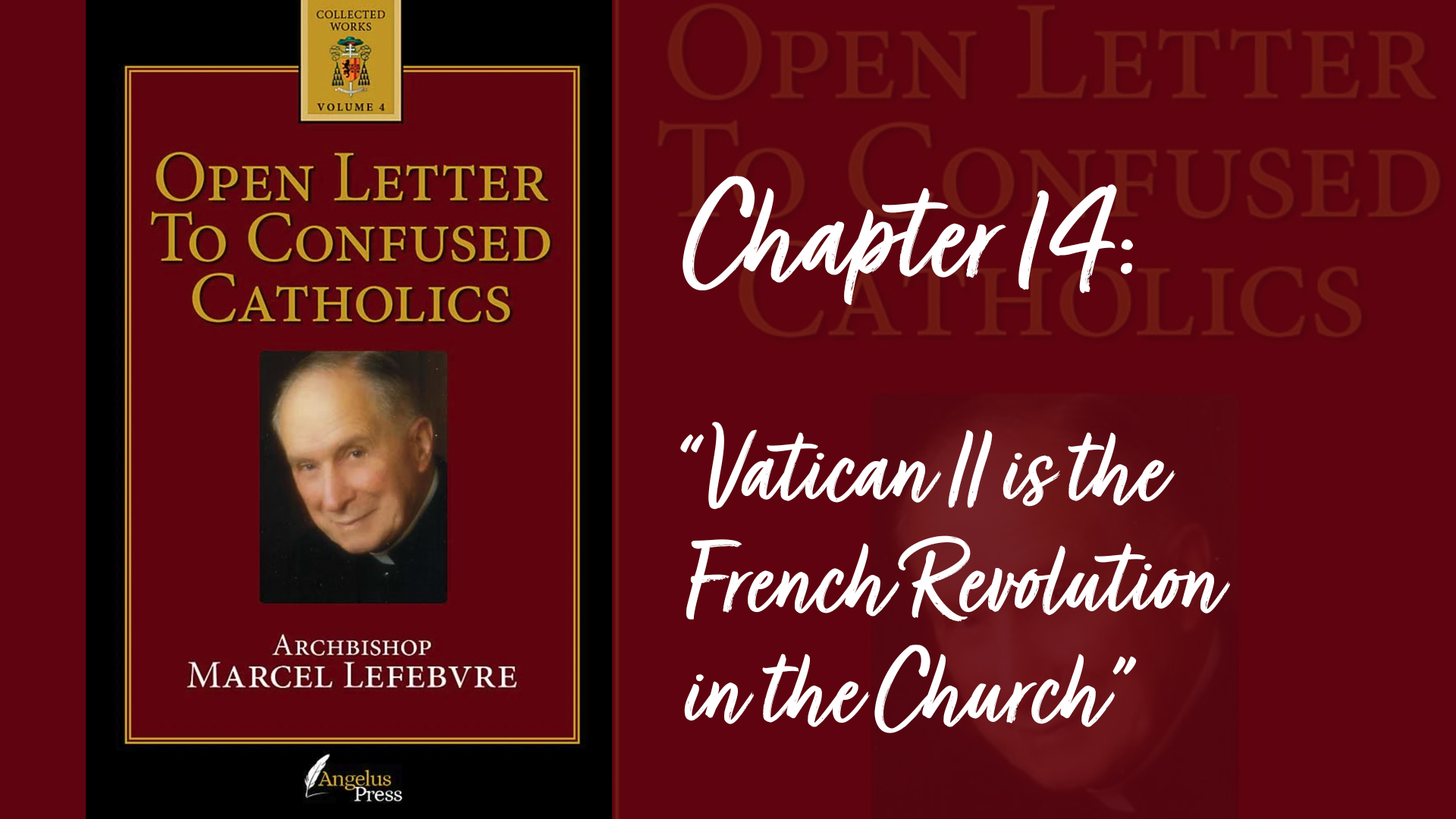 “Vatican II is the French Revolution in the Church”

The parallel I have drawn between the crisis in the Church and the French Revolution is not simply a metaphorical one. The influence of the philosophies of the eighteenth century, and of the upheaval that they produced in the world, has continued down to our times. Those who have injected that poison into the Church admit it themselves. It was Cardinal Suenens who exclaimed, “Vatican II is the French Revolution in the Church,” and among other unguarded declarations he added, “One cannot understand the French or the Russian revolutions unless one knows something of the old regimes which they brought to an end….It is the same in Church affairs: a reaction can only be judged in relation to the state of things that preceded it.” What preceded, and what he considered due for abolition, was that wonderful hierarchical construction culminating in the Pope, the Vicar of Christ on earth. He continued: “The Second Vatican Council marked the end of an epoch; and if we stand back from it a little more we see it marked the end of a series of epochs, the end of an age.”
Father Congar, one of the artisans of the reforms, spoke like-wise: “The Church has had, peacefully, its October Revolution.” Fully aware of what he was saying, he remarked: “The Declaration on Religious Liberty states the opposite of the Syllabus.” I could quote numbers of admissions of this sort. In 1976 Fr. Gelineau, one of the party leaders at the National Pastoral and Liturgical Center removed all illusions from those who would like to see in the Novus Ordo something merely a little different from the rite which hitherto had been universally celebrated, but in no way fundamentally different: