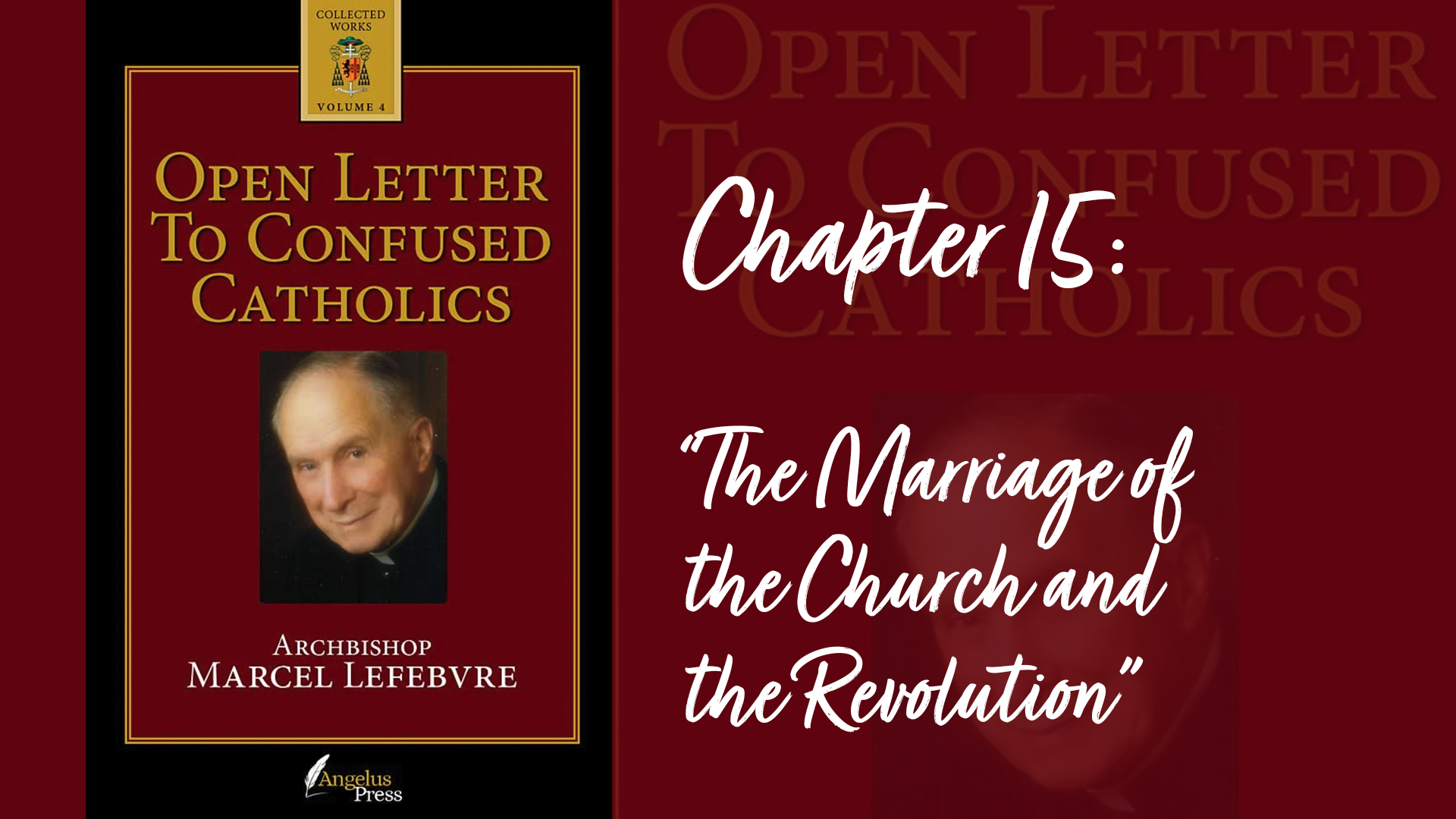 “The Marriage of the Church and the Revolution”

The Revolution, it has been said, expresses “the hatred of all order that has not been established by man, and in which he is not both king and god.” At its origin we find that pride which had already been the cause of Adam’s sin. The revolution within the Church can be explained by the pride of men of our times who believe they are in a new age when man has finally “understood his own dignity,” and has acquired an increased awareness of himself to the extent that one might speak of a social and cultural metamorphosis whose efforts have had repercussions on religious life. The very pace of history is becoming so rapid that one is hard pressed to keep up with it. In short, the human race is passing from a mainly static conception of the order of things to a dynamic and evolutive conception. The consequence is an immense series of new problems which call for new analyses and new syntheses.
These wonder-struck phrases which, with many others of the same sort, occur in the Introduction to Gaudium et Spes, the Pastoral Constitution on the Church in the Modern World, are of ill-omen for a return to the spirit of the Gospel. In so much change and transformation, it is hard to see how this can survive.
And what is meant by the statement: “An industrial type of society is spreading little by little, radically transforming our ideas about life in society” except that the writer is prophesying as a certainty what he wanted to see appear: a concept of society that will have nothing in common with the Christian concept expressed in the social doctrine of Church? Presuppositions of that nature can lead only to a new Gospel and a new religion. And here it is: