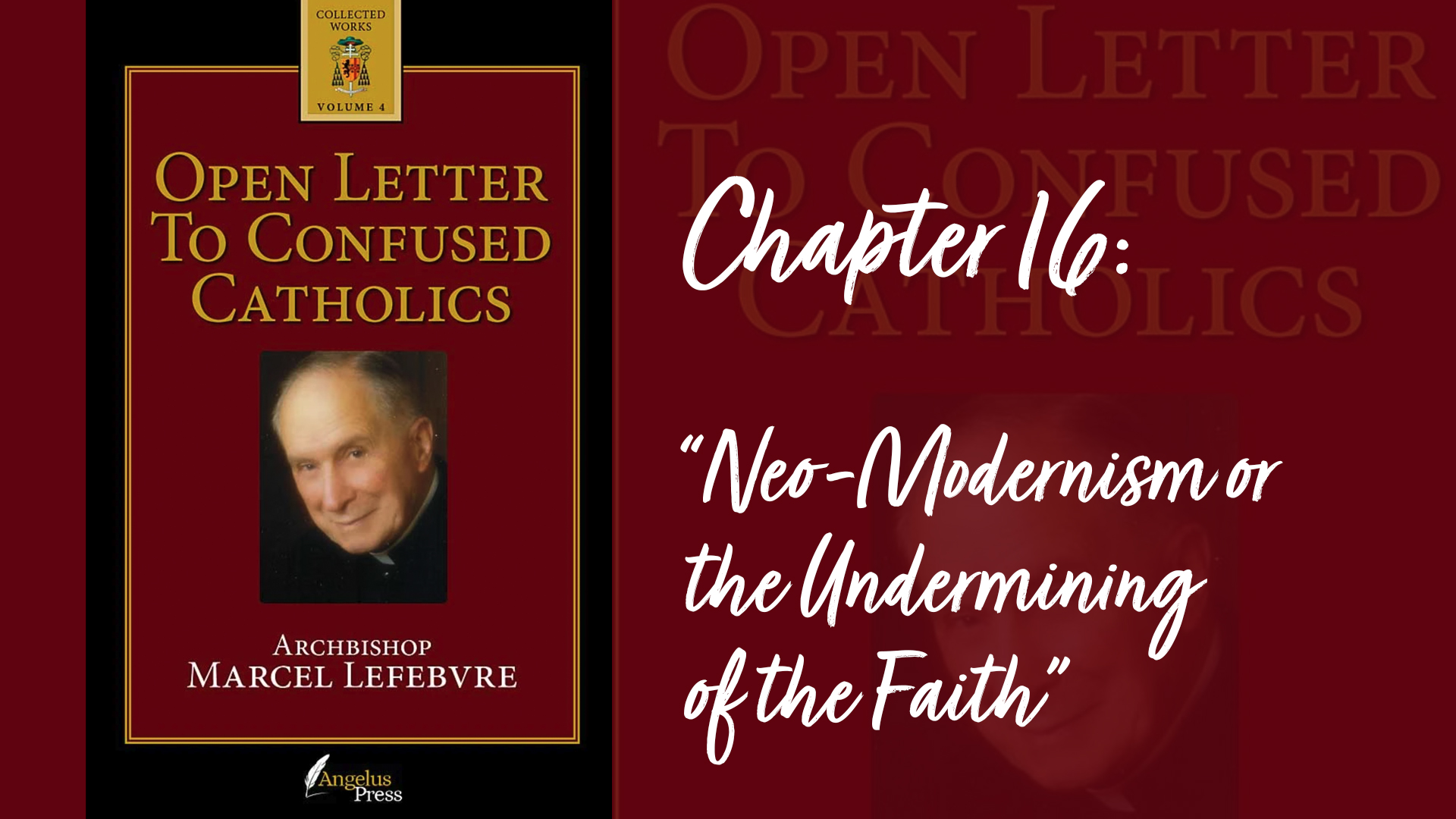 “Neo-Modernism or the Undermining of the Faith”

The Revolution, it has been said, expresses “the hatred of all order that has not been established by man, and in which he is not both king and god.” At its origin we find that pride which had already been the cause of Adam’s sin. The revolution withinIn the complete revision which has taken place in the Church’s vocabulary, a few words have survived, and faith is one of them. The trouble is that it is used with so many different meanings. There is, however, a definition of faith, and that cannot be changed. It is to this that a Catholic must refer when he no longer understands anything of the garbled and pretentious language addressed to him.
Faith is “the adherence of the intellect to the truth revealed by the Word of God.” We believe in a truth that comes from outside and which is not in some way produced by our own mind. We believe it because of the authority of God who reveals it to us, and there is no need to seek elsewhere.
No one has the right to take this faith from us and replace it by something else. What we are now seeing is the revival of a Modernist definition of faith which was condemned eighty years ago by Pius X. According to this, faith is an internal feeling; there is no need to seek further than man to find the explanation of religion: “It is therefore within man himself that it is to be found; and since religion is one form of life, it is found in the very life of man”—something purely subjective, an adhering of the soul to God, who is inaccessible to our intellect. It is everyone for himself, in his own conscience.
Modernism is not a recent invention, nor was it in 1907, the year of the famous encyclical. It is the perennial spirit of the Revolution, and it seeks to shut us up within our humanness and make God an outlaw. Its false definition of faith is directed to the destruction of the authority of God and the authority of the Church.