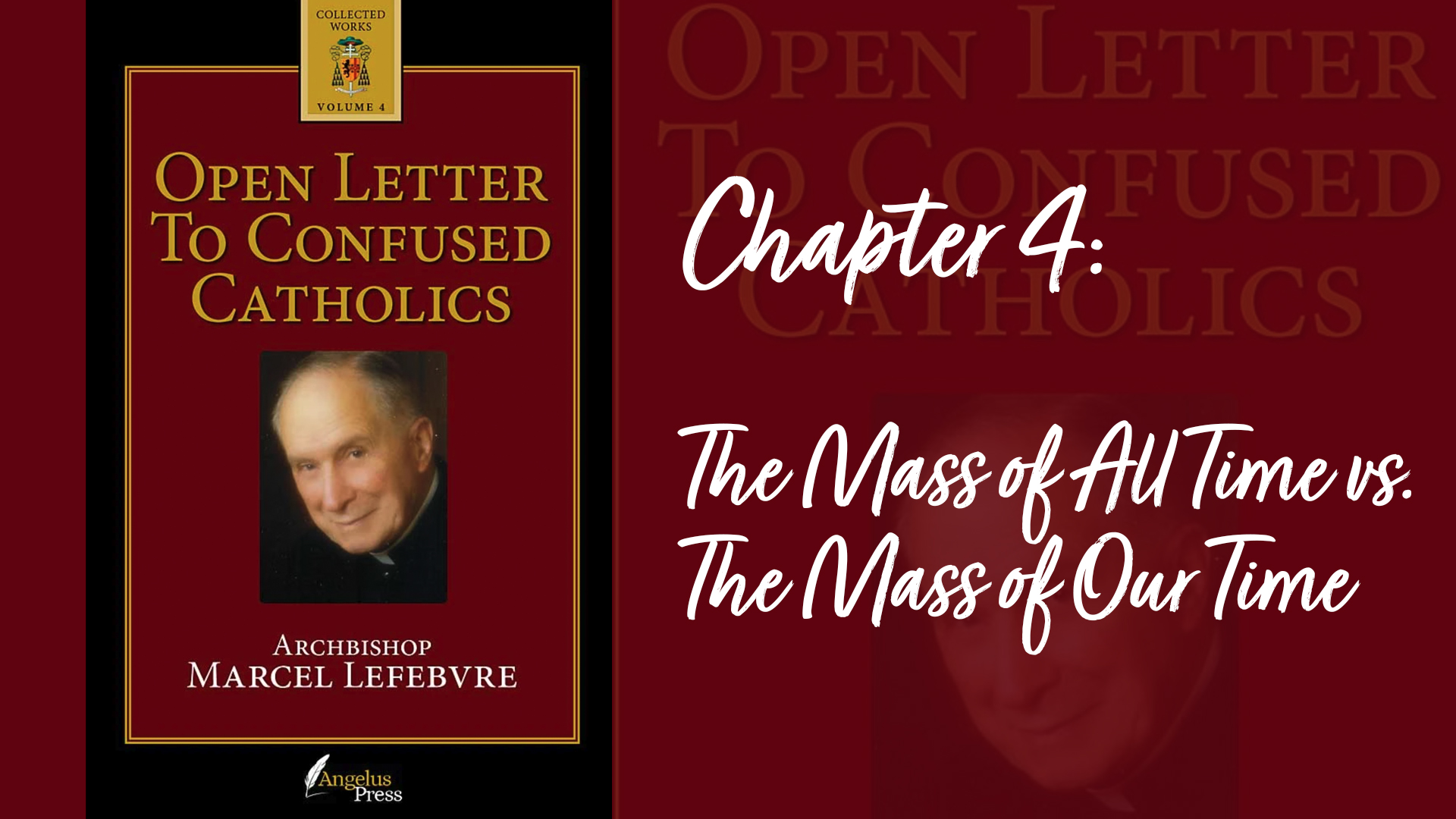 In preparation for the 1981 Eucharistic Congress, a questionnaire was distributed, the first question of which was: “Of these two definitions: ‘The Holy Sacrifice of the Mass’ and ‘Eucharistic Meal,’ which one do you adopt spontaneously?” There is a great deal that could be said about this way of questioning Catholics, giving them to some extent the choice and appealing to their private judgment on a subject where spontaneity has no place. The definition of the Mass is not chosen in the same way that one chooses a political party.
Alas! The insinuation does not result from a blunder on the part of the person who drew up the questionnaire. One has to accept that the liturgical reform tends to replace the idea and the reality of the Sacrifice by the reality of a meal. That is how one comes to speak of eucharistic celebration, or of a “Supper”; but the expression “Sacrifice” is much less used. It has almost totally disappeared from catechism handbooks just as it has from sermons. It is absent from Canon II, attributed to St. Hippolytus.