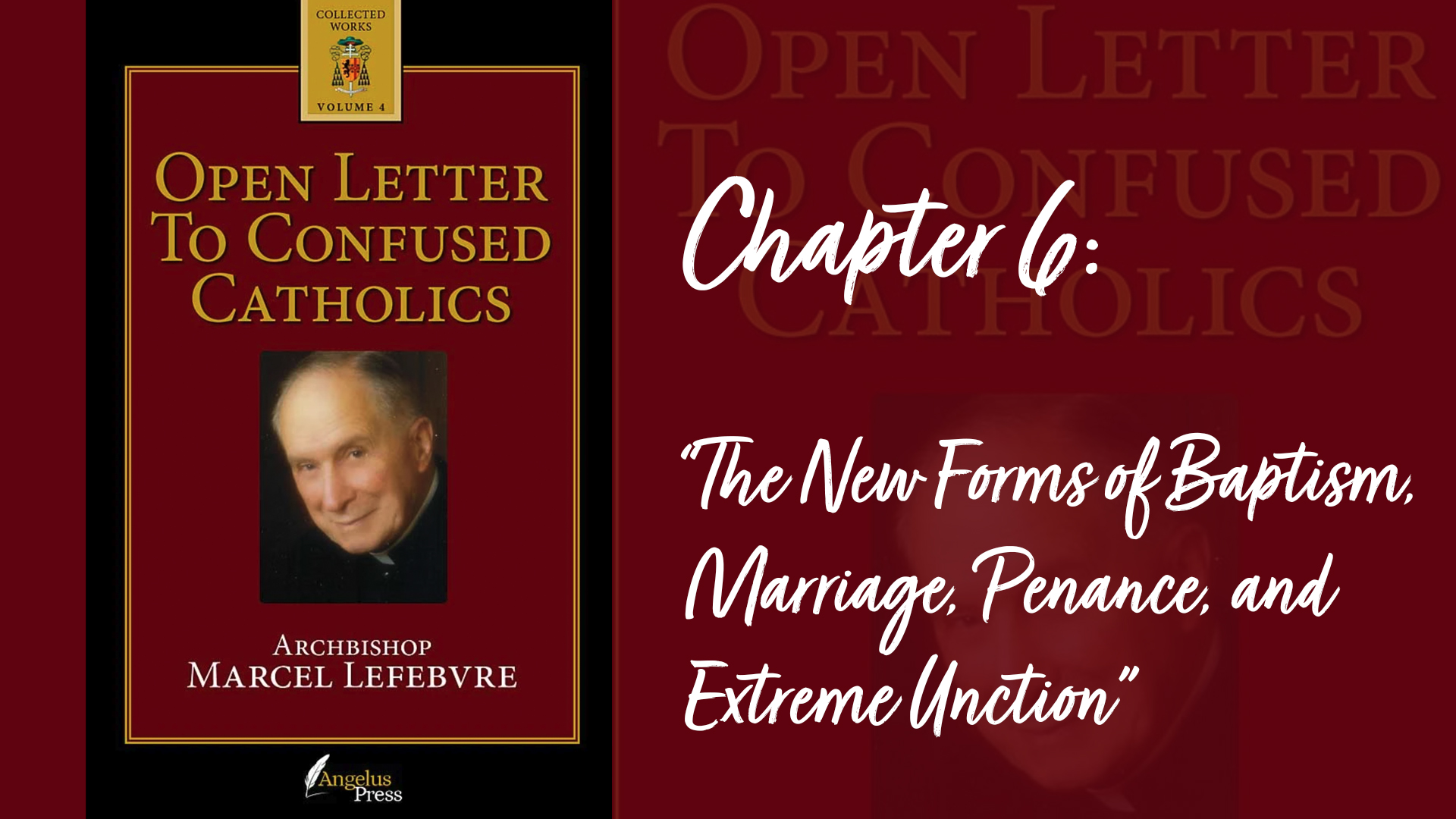 “The New Forms of Baptism, Marriage, Penance, and Extreme Unction”

The Catholic, whether he be regularly practicing or one who goes to church for the great moments of life, finds himself asking such basic questions as, “What is baptism?”
It is a new phenomenon, for not so long ago anyone could answer that, and anyway, nobody asked the question. The first effect of baptism is the redemption from original sin; that was known from father to son and mother to daughter.
But now nobody any longer talks about it anywhere. The simplified ceremony which takes place in the church speaks of sin in a context which seems to refer to that which the person being baptized will commit during his or her life, and not the original fault that we are all born with.
Baptism from then on simply appears as a sacrament which unites us to God, or rather makes us members of the community. This is the explanation of the “rite of welcome” that is imposed in some places as an initial step, in a first ceremony. It is not due to any private initiative since we discover plenty of variations upon baptism by stages in the leaflets of the National Center of Pastoral Liturgy. It is called “deferred baptism.”