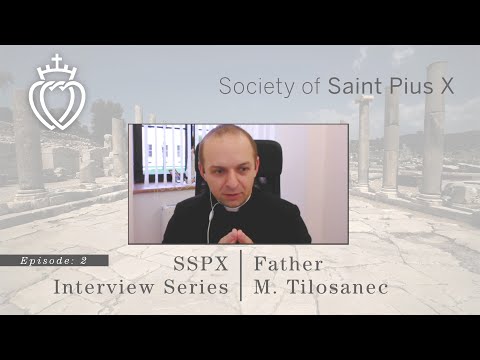 This past winter, we spoke with Father Marko Tilosanec, a Croatian priest who has a fascinating story. He was ordained a priest in the standard diocesan structure in Croatia – even before his ordination, he began to seek out more information about tradition. After his ordination, he experienced difficulties while attempting to follow his conscience in learning and celebrating the Latin Mass.
This prompted him to visit the society of saint Pius X seminary in Zaitzkofen, Germany… and eventually, to become a priest within the SSPX.
This is the story of one priest’s journey to tradition. But it’s also the story of attempting to bring tradition back to an entire country that was left behind – first by the Communists, then by the Modernists.
This is the story of Father Marko Tilosanec

See all our interviews here: https://sspxpodcast.com/category/interview/