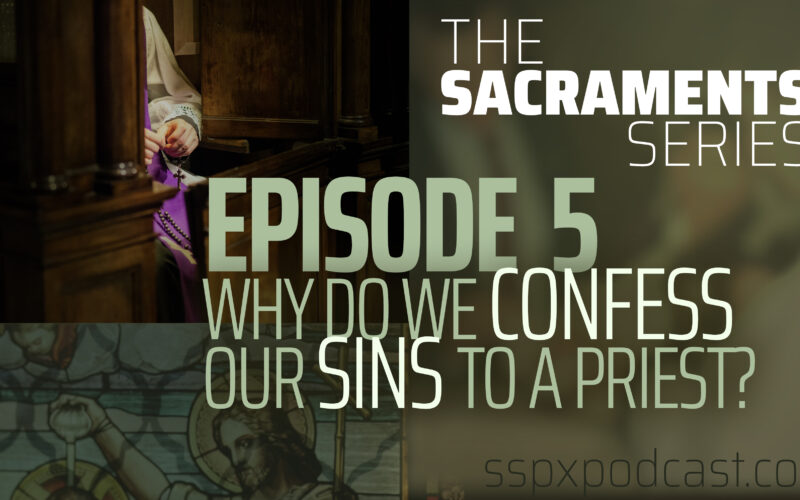 Sacraments #5: Why Do We Confess Our Sins to a Priest? With Fr. David Sherry

We’ll take a magnifying glass to Penance today. To do that, we’ll start by looking at the concept of sin itself. Then we’ll look at the penitent, and the priest. What is Father looking for when he asks us those questions in the Confessional? And why do we have to do a penance afterwards? Fr. Sherry will walk us through the traditional form of the Sacrament of Penance 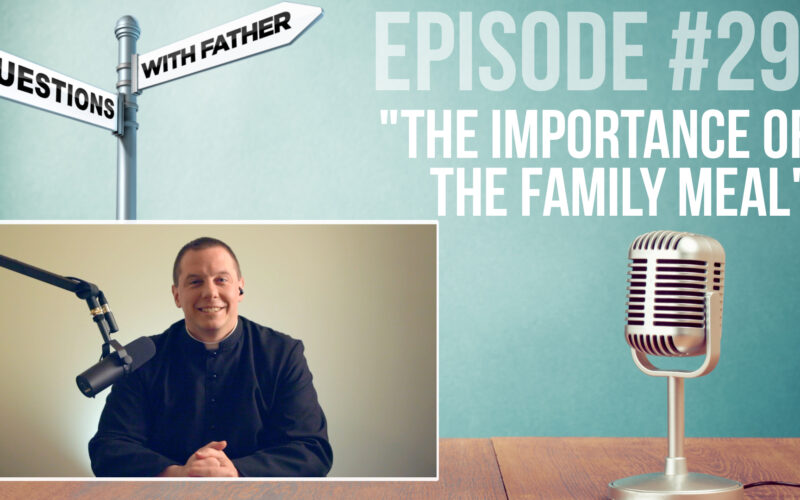 Why the Family Meal is Vital for Catholics – Questions with Father #29 w/ Fr. Gardner

On this episode, we’re happy to welcome Father Nicholas Gardner for the first time, to answer a question about the family meal – the question was concerning whether or not it’s really that important. The answer, yes. But Father will explain how it’s not just good for the family, but it’s good for the practice of virtue as well, and how this simple action can keep a family stronger, closer, and holier. 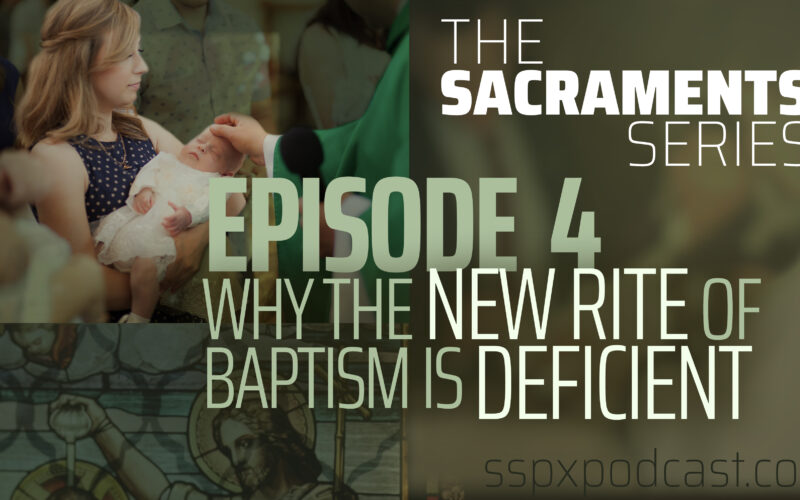 Sacraments #4: Why the New Rite of Baptism is Deficient

Father Wiseman will join us again, this time to look at the New Rite of Baptism. While the sacrament in both the old and the new rites are valid, nearly every other aspect of the new Rite – all the sacramentals, blessings, prayers, and exorcisms, have either been removed or drastically changed. Why? And if these things have been removed or changed, what has replaced them? 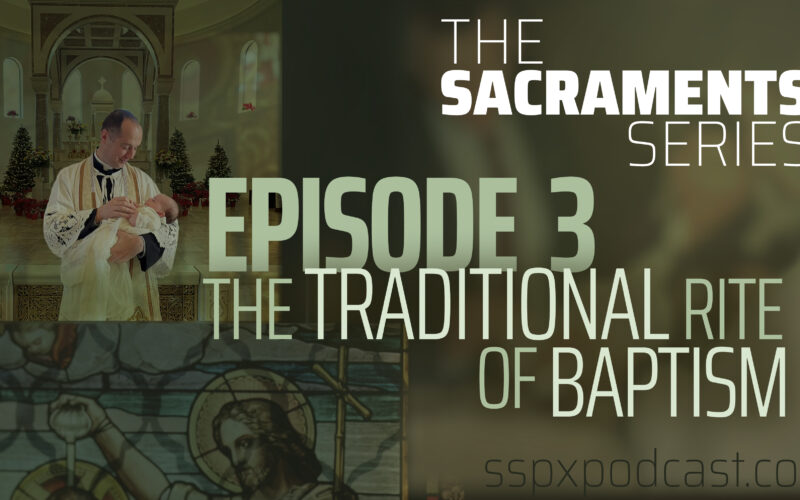 Father Alexander Wiseman, professor at St. Thomas Aquinas Seminary is joining us for the next two episodes, first to look at the Traditional Rite of Baptism. As you’ll see, it is so much more than simply pouring water, and saying a few words of the formula. The Church has filled the ritual with exorcisms, symbolism, and graces for the benefit of the new Christian being Baptized. 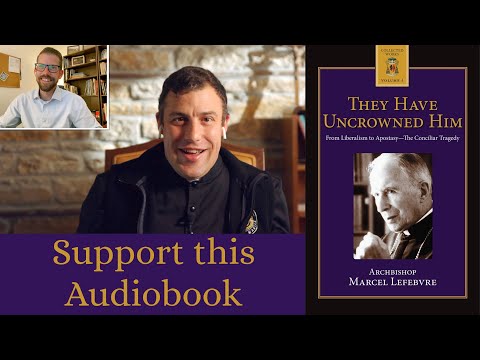 Our Next Project: “They Have Uncrowned Him” Audiobook

We’re thrilled to announce the next audio project from Angelus Press – an audiobook recording, released for free, of Archbishop Lefebvre’s classic, “They Have Uncrowned Him.” But to do so, we need to raise close to $8,000. Will you help us get this project completed by donating now at https://sspx.gifts/products/angelus-press ? 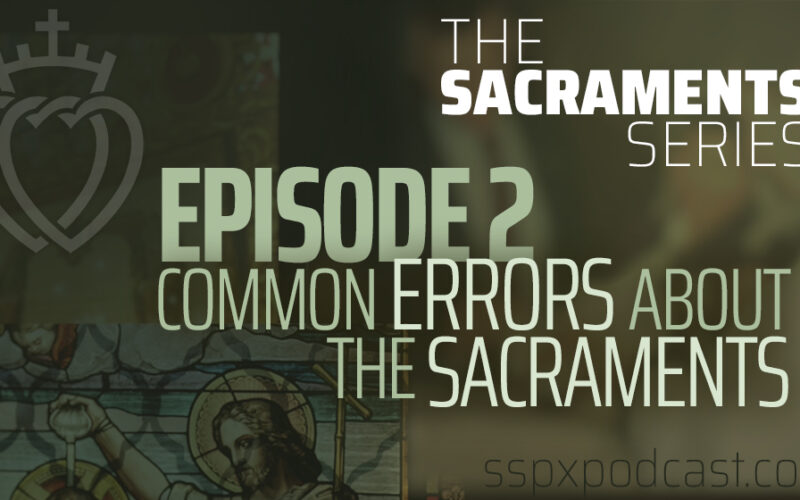 Today we’ll have Fr. Paul Robinson back to look at some of the common errors – some of the heresies that have arisen over the centuries about the Sacraments. We’ll also take a look at the way two distinct groups understand the sacraments – namely, Protestants and Modernists. As you’ll start to see in this episode – and as it will be come clearer throughout this series, both groups have an outsized role in how the understanding of the Sacraments shifted in the Church in the last fifty years. 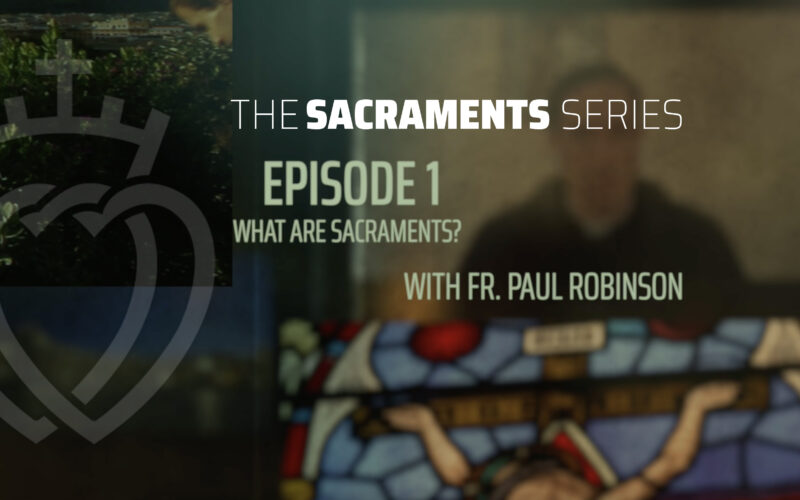 Sacraments Series #1: What Is So Important About the Catholic Sacraments? 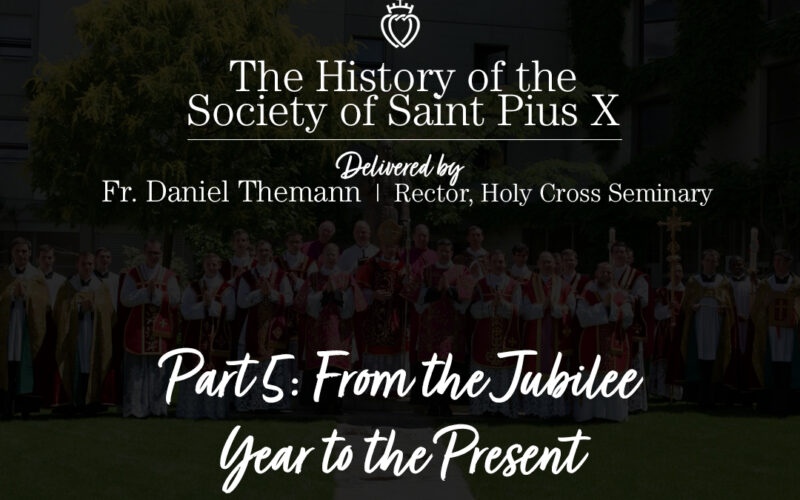 Welcome to the SSPX Podcast – during this week, we’ll be revisiting 5 lectures given by Fr. Daniel Themann, the rector of Holy Cross Seminary in Australia, about the history of the Society of Saint Pius X. These were given on the occasion of the 50th anniversary of the SSPX, in November, 2020.

Today’s lecture is the fifth in the series, which looks at the more recent history of the SSPX – covering the past 20 years or so.

Thank you for listening to and watching the SSPX Podcast. More is available at SSPXPodcast.com. Please don’t forget to share this episode, and the podcast itself with someone who think might enjoy it. 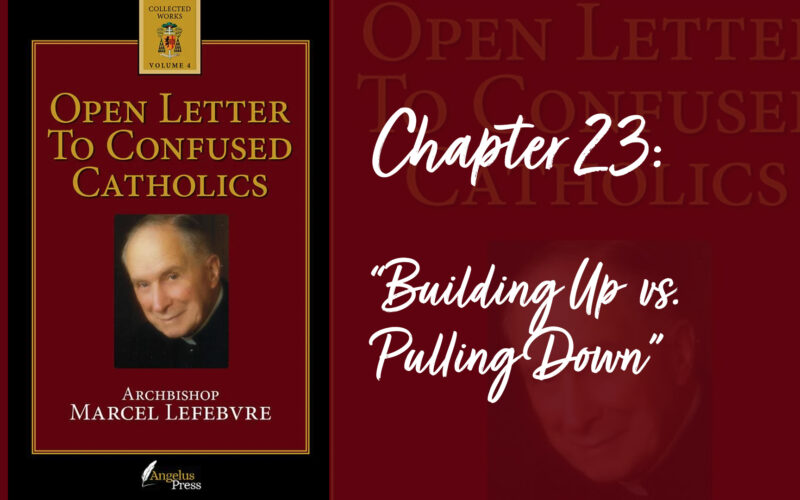 “Building Up vs. Pulling Down”

It Twenty years have gone by and one would have thought that the reactions raised by the Council reforms would have calmed down, that the Catholic people would have buried the religion in which they had been brought up, that the younger ones, not having known it, would have accepted the new one. That, at least, was the wager made by the Modernists. They were not unduly disturbed by the uproar, sure of themselves as they were in the early days. They were less so later on. The frequent and necessary concessions made to the spirit of the world did not produce the expected results. Nobody any longer wanted to be a priest of the new religion and the faithful turned away from their religious practice. The Church which tried to become a Church of the poor became a poor Church, obliged to resort to advertising to collect Peter’s Pence, and to sell off its properties.
During this time those faithful to Tradition drew together in all the Christian lands, and particularly in France, Switzerland, the United States and Latin America.
The fabricator of the new Mass, Msgr. Annibale Bugnini, was himself obliged to recognize this world-wide resistance in his posthumous book,16 a resistance which is growing and organizing itself unceasingly and drawing support. No, the “traditionalist” movement is not “slowing down” as the progressivist journalists write from time to time to reassure themselves. Where else are there as many people at Mass as at St. Nicholas-du-Chardonnet, and also as many Masses, as many Benedictions of the Blessed Sacrament or as many beautiful ceremonies? The Society of Saint Pius X throughout the world owns seventy houses, each with at least one priest… 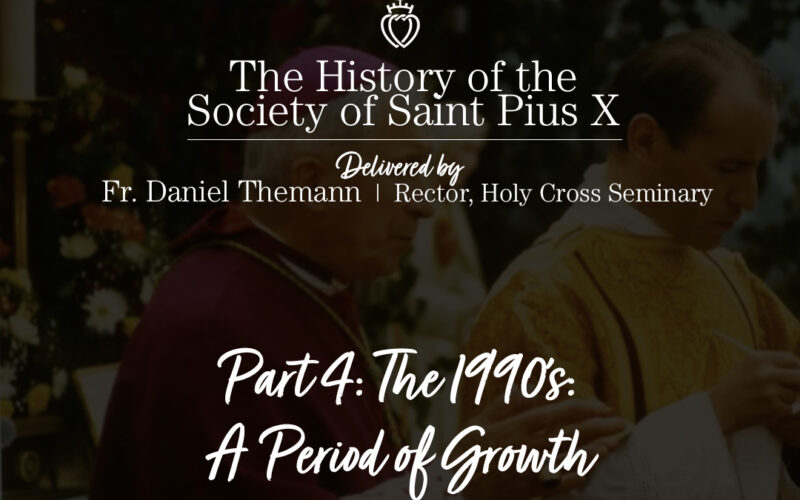 Welcome to the SSPX Podcast – during this week, we’ll be revisiting 5 lectures given by Fr. Daniel Themann, the rector of Holy Cross Seminary in Australia, about the history of the Society of Saint Pius X. These were given on the occasion of the 50th anniversary of the SSPX, in November, 2020.

Today’s lecture is the fourth in the series, and covers the period of the 1990’s, a time of extraordinary growth for the mission of the SSPX

Thank you for listening to and watching the SSPX Podcast. More is available at SSPXPodcast.com. Please don’t forget to share this episode, and the podcast itself with someone who think might enjoy it.